I am an experienced Graphic Designer with many hobbies, one of which is creating pictures (painting, digital drawing, and photography).

This 10-piece collection of artwork evolves from the culture in Oceania, based on imagination and cultural integration. I have tried to show how the Oceanic cultures have some strong similarities. I have also tried to show the possibilities if they were to be mixed together again, the possibility of intertwining each other. 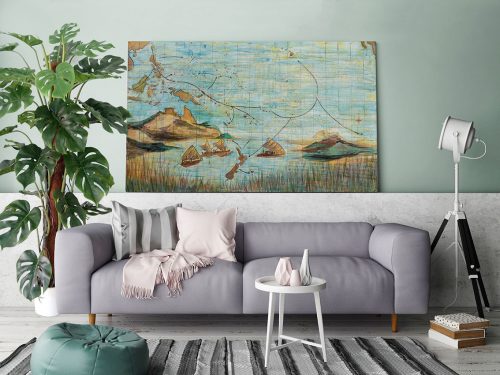 The Canterbury Earthquakes inspired me to create a series of artwork on earthquake rubble that my friends and I collected from old Canterbury buildings that were damaged or demolish during/ after the 2011 earthquake. There were 50 pieces of work.

The city I live in today is very different from the one I knew before, and for some time I have looked at it and seen depression. We have lost a lot of places we used to visit, among them the cafés, shops, and galleries.

One sunny afternoon I took my camera and walked around the city, searching for inspiration and found although we may have lost our art gallery, art had not left the city.

Stamp Style was developed in 2011 and the range of images in this series has continued to grow, with more than 80 species of New Zealand flora/fauna in the collection. The collection sells very well around New Zealand through independent promotion.

The series of works about passion and emotion. 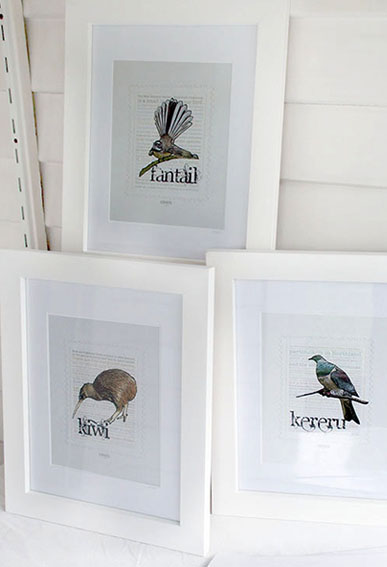